That it’s nothing to brag about. And anyone can do it. Even you.

That breaks down to 3.4KM per day. Sounds doable, so I joined.

I’m an okay runner. I consider myself averagely fit, but not over the top type of fit – obsessed with dieting and consuming daily protein shakes. Long story short, I managed to complete the 100KM in under a month and it turned out to be an amazing experience. 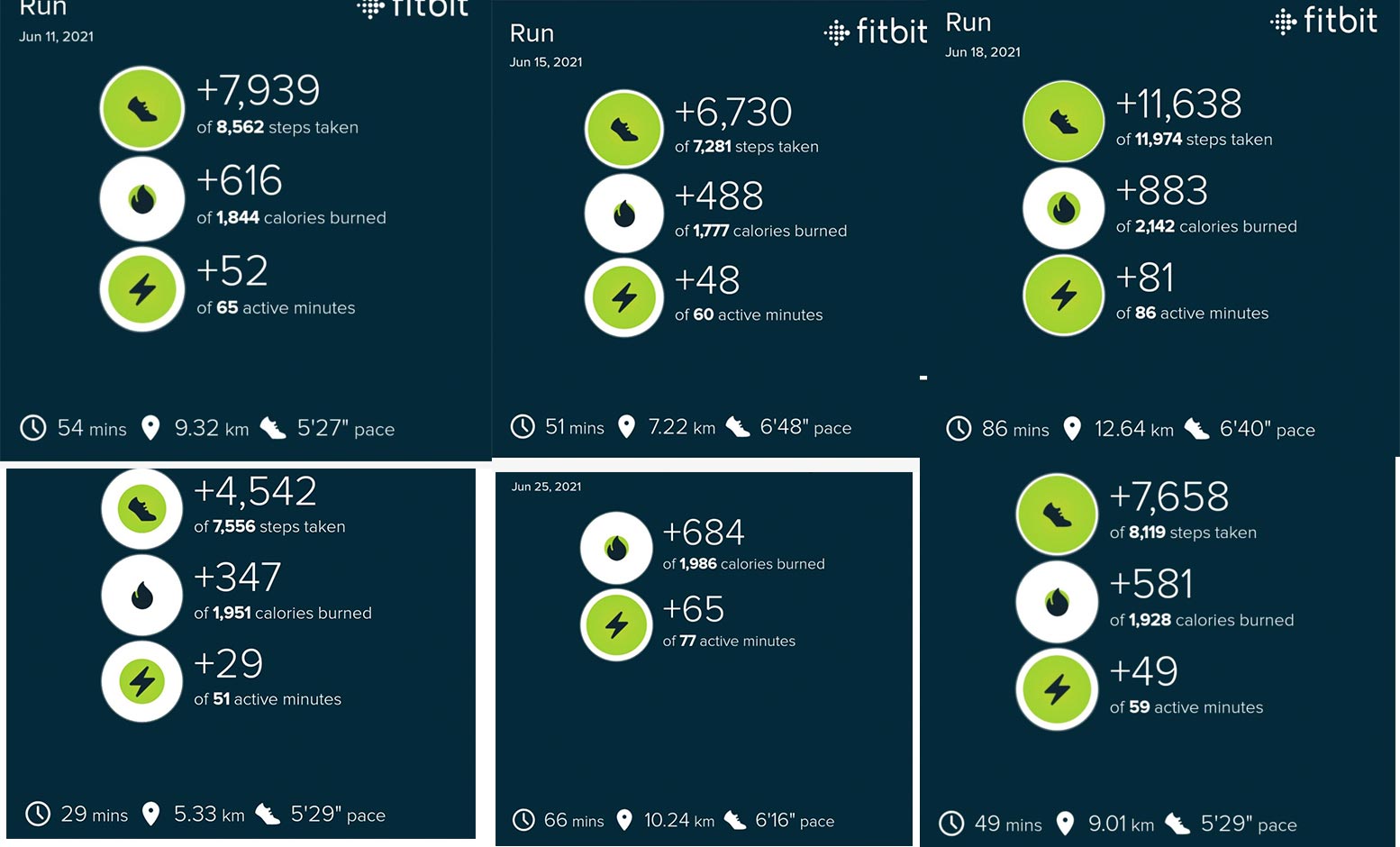 Most days I actually did more

If you asked me to run 100KM on my own, next month – I probably won’t be able to complete it.

There is no accountability. No one to push or pressure me into doing it.

But when you commit to doing something together with a group of people, magic happens. You don’t want to let people down. This pushes you to go beyond your comfort zone – and you just do it.

Thinking of it, there are many activities designed this way (with a group):

If you’re an average runner like me, you won’t be able to run 100KM in one go. It’s too much for our skill level.

So what do you do? You chunk down. Break 100KM into 30 days, and you’ll get 3.3KM per day. That becomes more manageable.

In fact, other industries do this too. Programmers often ‘chunk down’ problems, breaking a big problem (like building a robot) into smaller bite-size chunks to solve (like getting the robot to lift its hands, first). Chunking down can be applied to most things in life.

What does it feel like to be someone who has completed 100KM? The answer: Amazing.

Why do people go around with their marathon or challenge completion T-shirts? Is it because they don’t have other shirts to wear? No, it’s because it’s their badge of honor. They proudly wear it to make a statement. They are a finisher. Committing and seeing something all the way through is tough.

You will give yourself a confidence boost upon completing a challenge, regardless of placing or timing. Dopamine is triggered in our brains when we accomplish small goals. That is also why productivity gurus often advise people to check off tasks on a to-do list.

Most people suck at committing to a schedule for exercise. I get it. Exercising is hard.

One huge benefit of committing to doing a run challenge is that you’re ‘forced’ to get up and do it. The first few runs will be difficult. Your body and legs are just not used to this new routine yet.

However, over time it becomes easier. The first few days of running, I only did the minimum – around 3-4KM per day. Over the next week, I began to do longer distances, 5-8KM per day.

By the end of the challenge, I built a new habit of exercising regularly.

If you have ever completed a long run, and felt like you could keep going a few more kilometers, you’ve experienced the runner’s high. It’s a moment of euphoria, where you feel a sense of calm and bliss. Your pain from doing a long run is also nulled.

Basically, during a long run, your body starts releasing endorphins – a ‘feel good’ chemical. It’s released during moments of stress and pain. That’s also possibly why asides from running, doing other difficult tasks sometimes gets easier and less daunting the more you work on them.

That said, a new study has cited that cannabinoid, not endorphins – is actually responsible for the runner’s high. It’s beyond the point of this post, so I won’t go into that.

Unless you have time, commitment, or underlying health issues – joining a run will give you more benefits than disadvantages.

Think of it this way. You are investing in your health and mental well-being when you commit to joining a run.

If you want to join a virtual run that’s not too difficult, you can join We Hate Cardio (use coupon code: WELOVECARDIO for RM20 off). You’ll stand a chance to win weekly prizes worth over RM30,000, and even get your name featured on a billboard in Bangsar, KL. Yes, I’m participating in the run as well.