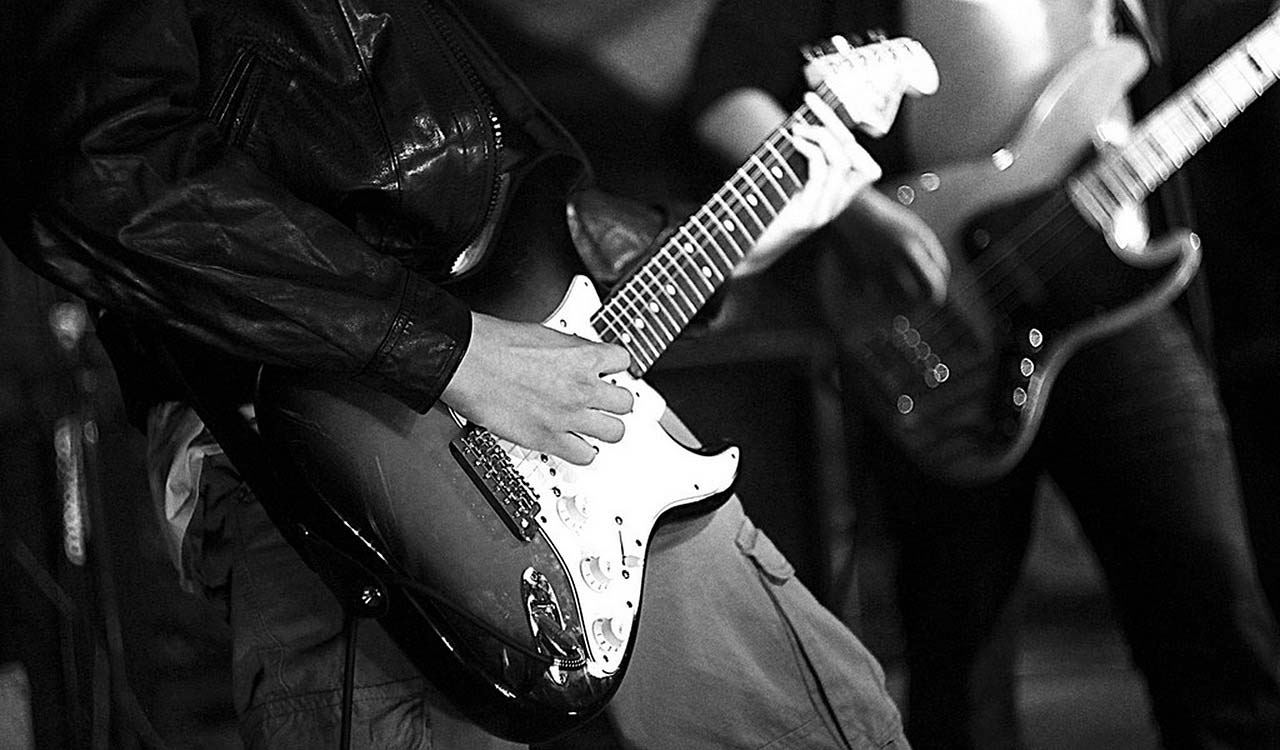 Planning to become a full time musician in this era seems like worst idea ever. With the economy wars going around these days and people going into multi-level marketing businesses in hopes to get a bigger income each month, a question you might ask yourself is: “Should I take the leap to go being a full time musician?”

It’s risky. It’s crazy. The music industry is said to be for nutcases.

However with or without your parent’s blessing, you decided to go down that route. I shall take the path less traveled by, you tell yourself. Now before you make silly mistakes and assumptions, here are 8 mistakes most musicians make according to my experience and observations in the music industry.

Mistake 1 – Let The Music Speak For Itself

This is the worst mistake I hear musicians say. It’s said in the industry that labels never signed musicians because of the music. They signed them because of the potential they see in them and also of how big the current fan base the particular artists already have.

Your music will not speak for itself nor it would sell by itself. It needs a medium, a mean for it to sell and probably a story for it to speak.

I’m not saying that you shouldn’t focus on creating good music. However good music isn’t enough anymore these days. It’s a painful truth many musicians have to accept, I know. Observe successful artists who made it the top. Often they have an interesting story to tell about their music or about how they got there. Akon made music in jail. Miley Cyrus decides to grow up and stop being Hannah Montana. All these stories brings into something we call ‘entertainment’.

So think about the ways you could take to let your music speak. Perhaps get your music to be used in films or campaigns.

One Republic’s I Lived music video did a great job of incorporating a story with their music.

Mistake 2 – Forgetting The ‘Why’

Why did you start making music and why you do it in the first place?

I enjoyed music, love listening to it and most of all love making it. My why to go into producing music was because I love producing music for picture. It’s amazing to see how music is able to pull in all sorts of different emotions when combined with great visuals. My why was to create great music and inspire people along the way.

The problem is people forget their why after a while. We normally start a business or an endeavor pretty pumped up with a strong reason of doing it. However along the way, it’s easy to get fuzzy and lose the reason you first started your endeavor for. We usually forget the reason we started things because we meet roadblocks and disappointments everyday, not to mention financial tightness most of us experience when starting something anew.

As such you begin to lose the drive to get up everyday and to do what you set out to do. Have you seen bands which disbanded because of one or two of their members who lost the drive and motivation? That’s them losing their why.

So define your why and stick with it. Why do you write music? What is the reason your band was formed up for? Why did you choose the path of being a musician?

I recommend reading Simon Sinek’s Start With Why

Many musicians think that you’re only worthy to be called a musician if you go full time. To be successful as a musician, you only have to do music. Nothing else.

That’s untrue. There is nothing wrong in having a day time job that you work at. You can learn and gain skills from doing other things not related to music. You could learn about discipline from doing something that requires high discipline such as accounting. You could learn how to problem solve by doing something such as computer programming. Read this amazing blog post by Dana on how your musical career won’t be ruin if you take on a non performing job.

Take Leonardo da Vinci as an example. He was more known as a painter but he didn’t just did painting to get to his peak. He had his strengths in many different areas from music, sculpting, mathematics and astronomy to name a few. So full time or not, specialized in a skill or not, it’s a luxury to be able to put your time into picking up as much skills and experience as possible. Different skills and experiences will add up to your main interest.

Record companies work the same way as an investor work. Investors would invest into stocks and companies that already has traction and has seemingly good future for returns.

The same way it works for record companies signing up bands and musicians. No record companies or labels will sign you up just because you have good music but no market or fan base. Look, they’re putting down a bet by signing you up and most companies/investors would want to minimize their failure rate.

Think about how investors would invest in companies like Apple or Alibaba that promises growth with it’s great products. A company could create amazing products, but if there is no market for the product, it’ll be hard for the company to attract investors into investing.

Your music or act has to have market or fans. Can you show a record company that you have a number of fans and promise in your music/act? If you do, it’s only a matter of knowing the right people before you get signed.

At time of writing, Alibaba isn’t doing so well with tons of lawsuit cases going their way.

Mistake 5 – Being A Perfectionist

I understand that most creatives and musicians are perfectionists. Sometimes though, you have to put a stop to being a perfectionist.

Often I find myself arranging and mixing a music piece for a terribly long time without putting a full stop to it. As a result I torture myself and have less time for other things. That isn’t healthy.

The problem here is that you’ll never move on to bigger things if you stick to being a perfectionist. There is no perfection in the work we do or the music we perform. Quit chasing for perfection because it isn’t there. My advice and note to self is, go out, make mistakes then correct them. 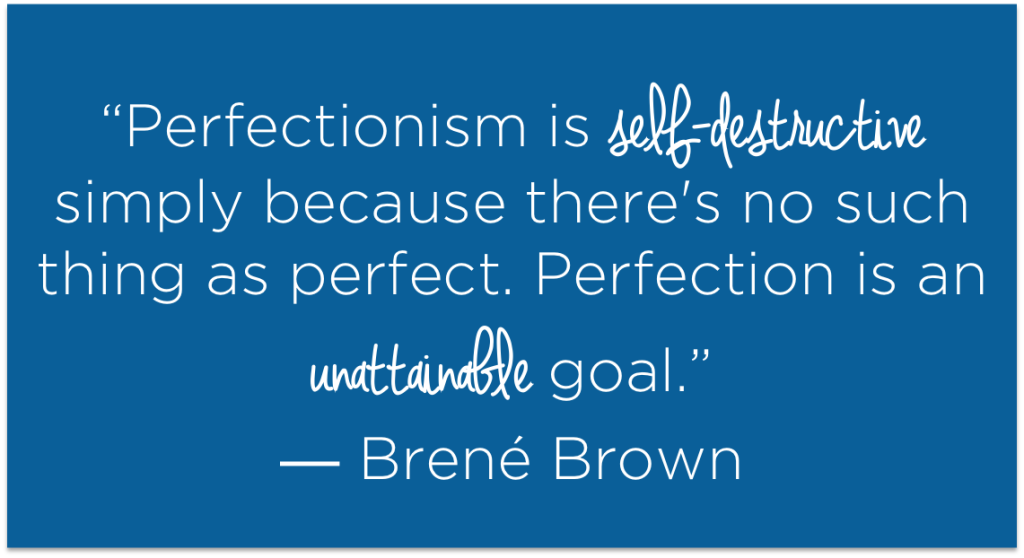 Definitely a note to self

Mistake 6 – Afraid To Stand & Reach Out

To be successful you have to reach out to people. As a friend and artist Daniel C puts it, no matter how good you are, nobody will know you if you stay quiet in a room.

As musicians you have to go loud. Be extra ordinary and get to know as many people as possible. It’s usually who you know and not what you know that will bring about your success. You may be really good at songwriting, but if nobody knew of your talent, it doesn’t mean a thing at all.

Understanding this point, that was one of the reasons I chose to speak at as many events as possible, go out for networking events and even putting up my producing portfolio.

Mistake 7 – Don’t Know Who Your Fans Are

Most musicians do not know who their fans or target market are. If you want to go serious into the music industry, you need to know who your fans and target markets are.

Here are some questions to ask yourself and find out.

You should know the answers to these questions. Only that way, you’ll be able to target your fans accurately. If your music and act appeals to people who loves grunge and rock, it doesn’t make any sense for you to perform at a jazz bar.

Mistake 8 – You Don’t Have Hustle

As mentioned, you and I are nutcases. You need lots of hustle to find success in the music industry.

It’s not pretty to be in this industry and it will take you many many tries before you get to where you want to be. Say you want to get attention from a record label, you need hustle to get them to listen to you. Merely sending them an email or physical CD won’t do anymore.

To get it going, you need to hustle up. Do whatever it takes to get a record label to hear you out. So instead of sending one CD copy to them, send a CD every week. Instead of dropping them only one email, drop them an email each week. Go knocking on their doors if you have to. Ask friends and family for the right contact if you have to.

Running a recording studio or starting one? Click here to get my guide on running a successful music studio at 70% off the price!